— This is a SPOILER FREE review —

Star Wars Episode VIII: The Last Jedi, released on December 15th, 2017, was a movie I had been dying to see since the first trailer came out in October. Granted, I had not seen Rogue One, but I always looked back on The Force Awakens with fond memories, and since The Last Jedi was the cannonical sequal, how could I not be excited?

As the lights dimmed and the ads finally came to an end, I was greeted with the familiar text: “A long time ago in a galaxy far, far away….” and inside, I could not help but feel giddy and excited to see what was to come.

It was as Star Wars as it got. Light sabres? Check. Dog fights in space? Check. The Millenium Falcon? Check. X-wings? Check. Crazy locations and otherworldly planets? Check. It was Star Wars.

The acting in the movie was also great. Mark Hamill, Carrie Fisher (RIP sweet princess) reprising their roles as Luke Skywalker and Leia Organa, and watching them share screen time together felt nostalgic, heart-warming, and beautiful in its way. Daisy Ridley and John Boyega gave us a fair performance, and as did Oscar Isaac.

Despite some negative feedback on his character, Adam Driver as Kylo Ren stole the show. I always liked Driver, ever since I saw him as Adam in HBO’s Girls, but had never seen him in anything else really until TFA. Driver’s acting felt more polished, and more driven (no pun intended) this time around in comparison to his performance in TFA. Kylo Ren’s character development in TLJ felt more real and connected to Driver’s performance, and I thought his delivery was very excellent.

However, the movie was not without its faults.

I couldn’t figure out what actually happened, or what had changed from the beginning of the film to the end.

The Last Jedi is long. I might even say that it is too long. For some parts of the movie, it really felt like it dragged on and on. Is that the fault of the writers? The editors? Maybe it’s the combination of small faults from both parties that contributed to me feeling this way.

There are uncomfortable cuts throughout the movie, where the flow of the movie felt broken to me and took me out of the immersion.

And what irked me the most about it, was that after more than two hours in the theatre, I walked out of there while the credits rolling thinking to myself, “wait, what happened in this movie?” There were flaws in the writing, in a large scale, where the story felt disconnected and quite random at times, where I was not completely sure if I understood why things were happening, or why some characters were going somewhere, and plot lines that lead to dead ends with no real pay off.

I couldn’t figure out what actually happened, or what had changed from the beginning of the film to the end.

Maybe I had too high of an expectation going into this film, or maybe it was Disney’s fault. Maybe it was too hastily finished to try to meet the 2018 release date, or maybe my perception of my favourite Star Wars movies are skewed and distorted, and it made me view this one with jaded eyes.

At the end of the day though, my Star Wars craving was perfectly satisfied as The Last Jedi really hit everything I want in a Star Wars film. As just a film in general however, I was left wanting more.

If you have not gone to see The Last Jedi yet, I would recommend that you do go see this one, if not only to see where all of the wonderful memes came from for yourself.

Although it feels incomplete at times, The Last Jedi has everything you could want from a Star Wars movie from light sabre duels, X-Wings, to Force choking to leave any Star Wars fan satisfied. 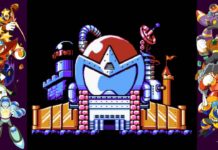 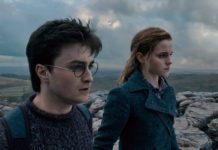 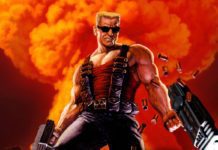