Home To Do 5 Must-See Attractions at West Edmonton Mall

West Edmonton Mall (WEM) in Edmonton, Alberta, may have lost the title of “largest mall in the world” back in 2004, but it still remains the largest mall in all of North America, attracting over 32 million visitors every year. With over 800 different stores, WEM is definitely the place to go if you want an unbeatable shopping selection. You should know, however, that this megamall offers more than just a great shopping experience.

If you’re planning a visit to WEM, then make sure you find the time to check out these 5 unique attractions as well:

World Waterpark is the second largest indoor waterpark in the entire world, covering an area of approximately 5 acres. The majority of this space is taken up by the world’s largest indoor wave pool, which has the capacity to hold over 12 million litres of water. The waterpark is also home to 14 different slides, one of which, the cyclone, actually goes upside-down! There are plenty of smaller rides and play areas for children as well.

To go with its larger-than-life waterpark, WEM also houses the world’s second largest indoor amusement park. Known as Galaxyland, this amusement park is where you can find and ride not only the longest, but also the tallest indoor roller coaster in the world. Aside from this gigantic coaster, there are also a variety of other rides for patrons of all ages and all thrill-seeking levels.

Docked in WEM’s Deep Sea Adventure Lake is the Santa Maria, a replica of the flagship used by Christopher Columbus on his 1492 journey across the Atlantic. Built for the 1986 World Expo in Vancouver, the Santa Maria later made the journey to WEM through the Canadian Rockies. Today it can be booked for events such as wedding receptions and birthday parties, and it always provides a fantastic photo opportunity to those who are just passing by.

If you already think that WEM has it all, you may be surprised to learn that it is also hiding a huge underground aquarium! Sea Life Caverns is where you can find over 100 different species of marine animals such as sharks, penguins, sea turtles, and sea lions! In fact, the sea lions put on daily performances that you should definitely make time in your schedule to see.

Have you ever felt like taking a break for some skating in the middle of a shopping trip? Well, at WEM you can do exactly that at the Ice Palace, a skating rink located right in the middle of the mall. It has hours for open recreational skating, and it sometimes even hosts hockey and figure skating events. 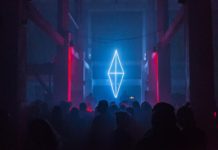 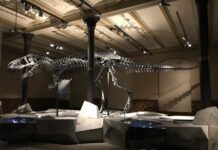 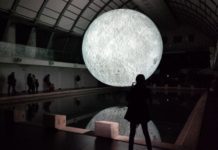 3 Historical Spots To Enjoy In Victoria