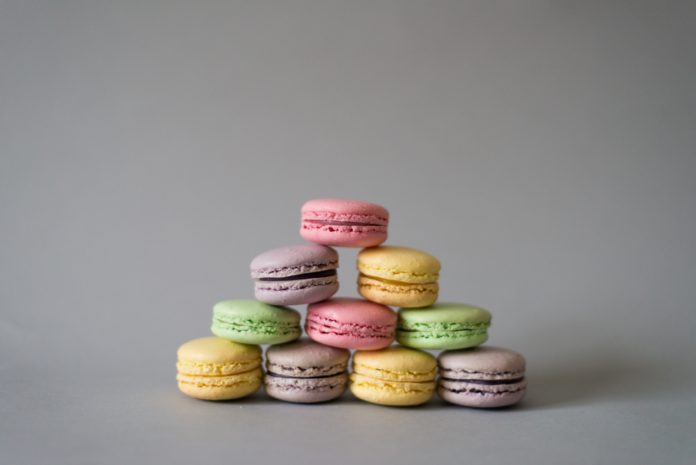 “Tutti Frutti Frozen Yogurt is the largest self-serve frozen yogurt retailer, worldwide. With 680+ locations in over 30 countries, Tutti Frutti has currently expanded across the globe in nations.

With over 80 frozen yogurt flavours and 100s of different toppings, Tutti Frutti constantly creates new and unique tastes, setting it apart from competitors. Additionally, Tutti Frutti franchises all use our very own brand of cutting-edge machinery.”

“We opened our first bakery in Kensington in 2004 with our Grandmother’s chocolate cake recipe and our Mother’s secret to irresistible buttercream icing. We started each morning before sunrise baking as many cupcakes as we could and by the afternoon we would work in the front of the store helping customers. From the very beginning, Crave has been a true labour of love.”

“The very first Village Ice Cream opened shop in 2012 in a plain old building on an impossible to find cul-de-sac. An improbable place, hidden away against the railway tracks.

Five years and 3 locations later, Village remains in hot pursuit of cold perfection. Places for hand-made traditional ice cream in decidedly un-traditional shops. Places to gather, share old memories and create new ones. Places to wind down or rev up. Places to connect with fellow villagers.”

“My Favorite Ice Cream Shoppe is another classic spot to line up for a cone with the kids. With 72 flavors of ice cream, and its old-fashioned ice cream memorabilia, this south Marda Loop scoop shoppe oozes nostalgia. Play the piano in the shop for 10 minutes, and get a free ice cream.”

“Fiasco was started in 2003 by a gentleman named Matt Wilson. He knew that Calgary deserved amazing gelato, made by old world standards. Matt’s friendship with James Boettcher, who helped with design strategy, constantly developed and ultimately sent Fiasco down a whole new path.

In 2009 James acquired Fiasco, reduced it to one storefront, and re-invented the brand. Soon after, the store was gutted by a fire. The lease renewal, only 6 months later, made it impossible to continue and James spent the the first half of 2010 rethinking business. Finding a garage to make the first few batches, then a 100ft commissary space.

As a team we have stared adversity in the face and always prevailed. In 2012 we moved, to what we now refer to as ‘The little Gelato shop that Could’ where we transformed into a wholesale purveyor of the some of the finest Italian Ice Cream in Canada- with a commitment to changing the way business is done. We put people and purpose above all else and thought more about our community and impact than how much we have left at the end of the day. But as the company went from 5 employees, to 25 over a couple years, we quickly felt the growing pains of our beloved “A20” not being big enough for us anymore.”

“Sweet Tooth is owned and operated by two innovative local Calgarians. They are passionate to bring what is tasty, hip, new and refreshing to the town. Rolled ice cream originated from Thailand. With this, Sweet Tooth have re-created popular desserts with their original recipes created from scratch. Their great tasting ice cream mixtures are freshly prepared everyday by using only the best quality of products.

With an amazing team, Sweet Tooth strives to create smiles for every customer that walk through the door by providing them with a little show and the best tasting ice cream.”

“As Canada’s original gourmet doughnut bakery café our vision is to create the best doughnut anyone in Canada has ever tasted. We wanted to reinvent the doughnut with sophisticated flavours and high quality ingredients to create a uniquely crafted artisan treat -– revolutionizing a great Canadian tradition. Our devoted and talented pastry chefs and bakers share our passionate vision and the result is nothing short of spectacular. Tasting is believing!”

At Amato Gelato, we offer a unique product line of gelato, sorbetto, and specialty desserts. Amato Gelato is available to order online, for pickup and delivery, in Calgary through SkipTheDishes.com!”

“Pie Junkie (formerly known as The Pie Hole) is a proper pie shop,
making sweet and savoury pies the way your grandmother did — with love and pride.
Our pies are made from scratch with an all butter crust and home made fillings.

We bake sweet and savoury pies fresh each day.

Pie varieties listed are available for pre-order. If you’d like to order any of the pies
for pick-up tomorrow, place your order before 1:00 pm today!” 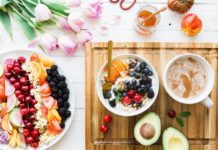 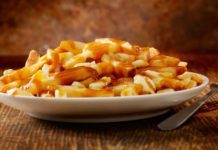 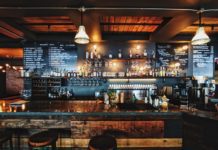 Edmonton Bars to Check Out